Even while collecting experience and new musical ideas in Amsterdam and Brussels, the young and upcoming musicians of “4S” (spoken: “four’s” = “force”) have always stayed connected to and in Luxembourg, the country they all originated from. The first time they played together in the first setting (with David Ascani on saxophones) was a spontaneous concert at a local festival in 2009, and the chemistry was right from the beginning. After some writing, rehearsing and searching for the right sound and energy, the result is a fresh blend of modern improvised music, drawing influences from alternative rock, pop and hip-hop, without forgetting the classical and jazz tradition. A first full-length album was released in January 2013, featuring a dozen of compositions by bass player Pol Belardi. As of November 2013, 4S had the pleasure to welcome a new member to the band, namely the very talented saxophone player David Fettmann. Seeing this change not as a loss but as a serendipitous opportunity to explore new ways of interplay and fresh sound textures, the band is currently working on a new repertoire, planned to be recorded in the spring of 2014. So convince yourselves of the sonic experience given by the quartet, showing through their original compositions a unique approach to modern jazz with crispy and strong grooves, warm harmonies, gentle melodies, clever use of space, tension and release, different moods and a big amount of interaction and fun! 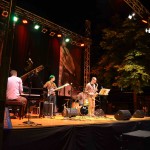 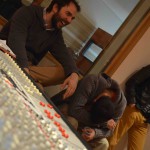 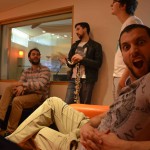 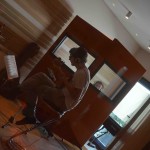 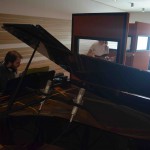